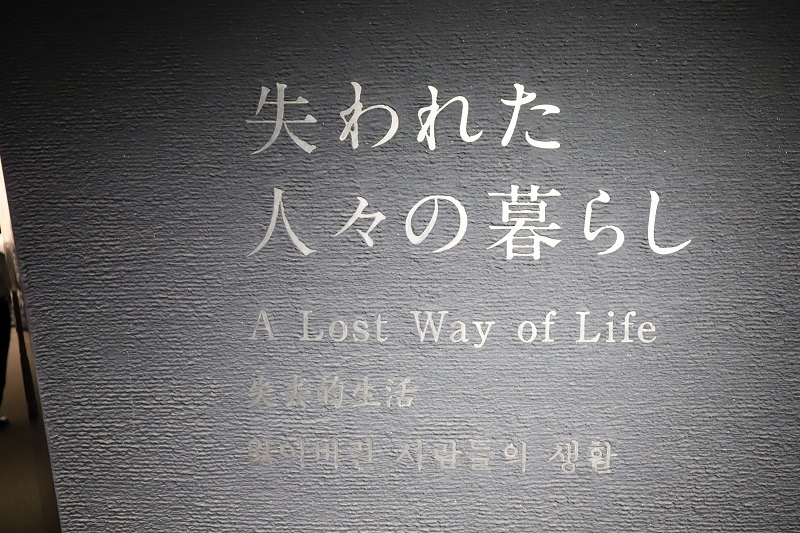 The area currently known as Peace Memorial Park was previously an urban district called Nakajima. During the Edo period (1603-1868), it was considered a thriving commercial center where goods that were transported in boats by the rivers, were unloaded and then sold or sent to other places by land. In the Meiji era (1868-1912), it was the political, administrative, and commercial heart of Hiroshima, the seat of City Hall, the Office of the Prefecture, and the central distribution facilities of Hiroshima.

It is estimated that in August 1945, about 6,500 people lived in the seven ‘cho’ (neighborhood units) in the Nakajima district. The first atomic bomb in history exploded directly over this area. In addition to the usual inhabitants, thousands of volunteer members of the army corps and mobilized students were there at that time to demolish buildings for a line of fire. Almost all of these lives were lost when the entire district disappeared instantly. The bomb devastated Hiroshima within a 5 km radius, resulting in 140,000-150,000 deaths in December of that year.

On August 6, 1949, with the promulgation of the Construction Law of the Peace Memorial City of Hiroshima, it was decided that the entire Nakajima district would be dedicated to being a ‘peace memorial facilities’, and that was the beginning of what is now Peace Memorial Park. The park covers approximately 122,100 square meters. It was designed by Kenzo Tange, a professor at the University of Tokyo, and three other people, whose proposal was selected through a design competition that attracted 145 proposals.

At the southern end of the park, there is a line of three buildings: the East Building, the Main Building of the Peace Memorial Museum, and the Hiroshima International Conference Center. Even though it is the symbol of a national tragedy, the Peace Memorial Park does not invite sadness but rather encourages people to look at a brighter future.

Kenzo Tange was challenged to design the reconstruction of Hiroshima. In designing the Hiroshima Peace Center and Memorial Park, Tange expressed the solidarity of humanity and symbolized a commitment to peace.

The Japanese people are not the type that stops in the face of a disaster, but rather recover immediately with their heads held high. On August 6, 1945, Hiroshima was forever changed. But instead of treating it as the end of the city, it was seen as the new beginning of a pacifist era. 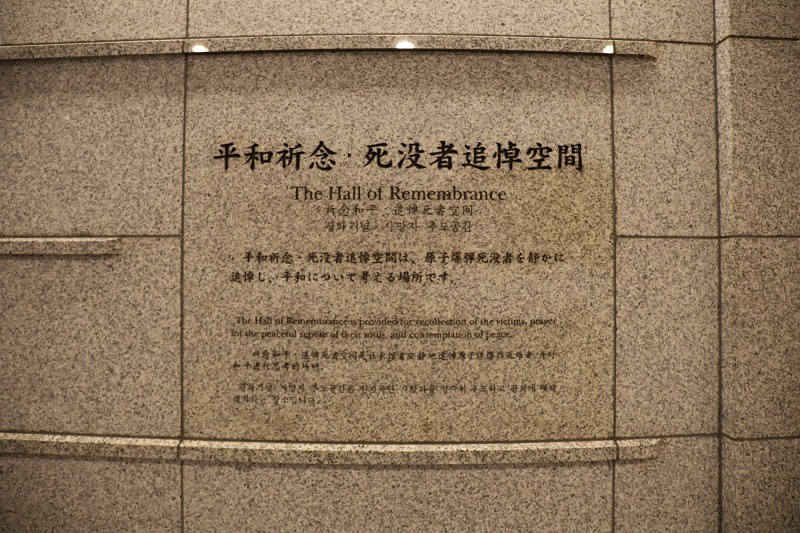 Sadness does not prevail in the park. While the sky is blue, there is nothing that disturbs the tranquility of the open pastures where families and couples stop to enjoy the park. On the other side of the site, from the dome, there is a cenotaph monument, or empty tomb, with the names of the victims.

Protected by an arch that takes the symbolism of Shinto to protect the souls of the dead, it aligns with the flame of peace that has been burning there since 1964, when it was first lit. The inscription “May all souls rest here in peace, because we will not repeat evil” appears on the monument, calling on all mankind to never forget the horrors of Hiroshima so that it is not repeated. The moving perspective of these three strong symbols of the disaster ends with the Peace Memorial Museum, where the alignment of the ark, flame, and dome come together.

There are almost 50 memorials in and around the park built by schools, workers’ organizations, and other groups. Here are some of them:

In the center of the park, between the Honkawa and Motoyasu river bridges, near the memorial tower of the mobilized students, there is a monument dedicated to children. Probably the most moving place in the park, this monument pays tribute to the hundreds of young people who left us too soon. The story of Sadako Sasaki (1943-1955) and, her perseverance and hope, resonate with this monument. This girl, a survivor of the disaster, lived until 1955 when leukemia took her life.

In Japan it is believed that anyone who makes a thousand origami cranes will get their wish fulfilled; with this hope, Sadako began to tirelessly fold cranes. Unfortunately, she died before she could complete the task, having manufactured six hundred and forty-four cranes. Hundreds of other children were inspired to finish her work, and origami cranes became a symbol of hope.

With the aim of raising awareness about Hiroshima and its history, Hiroshima Castle was er...
">

Every August 6, the first atomic bombing in history is commemorated in the city of Hiroshi...
">