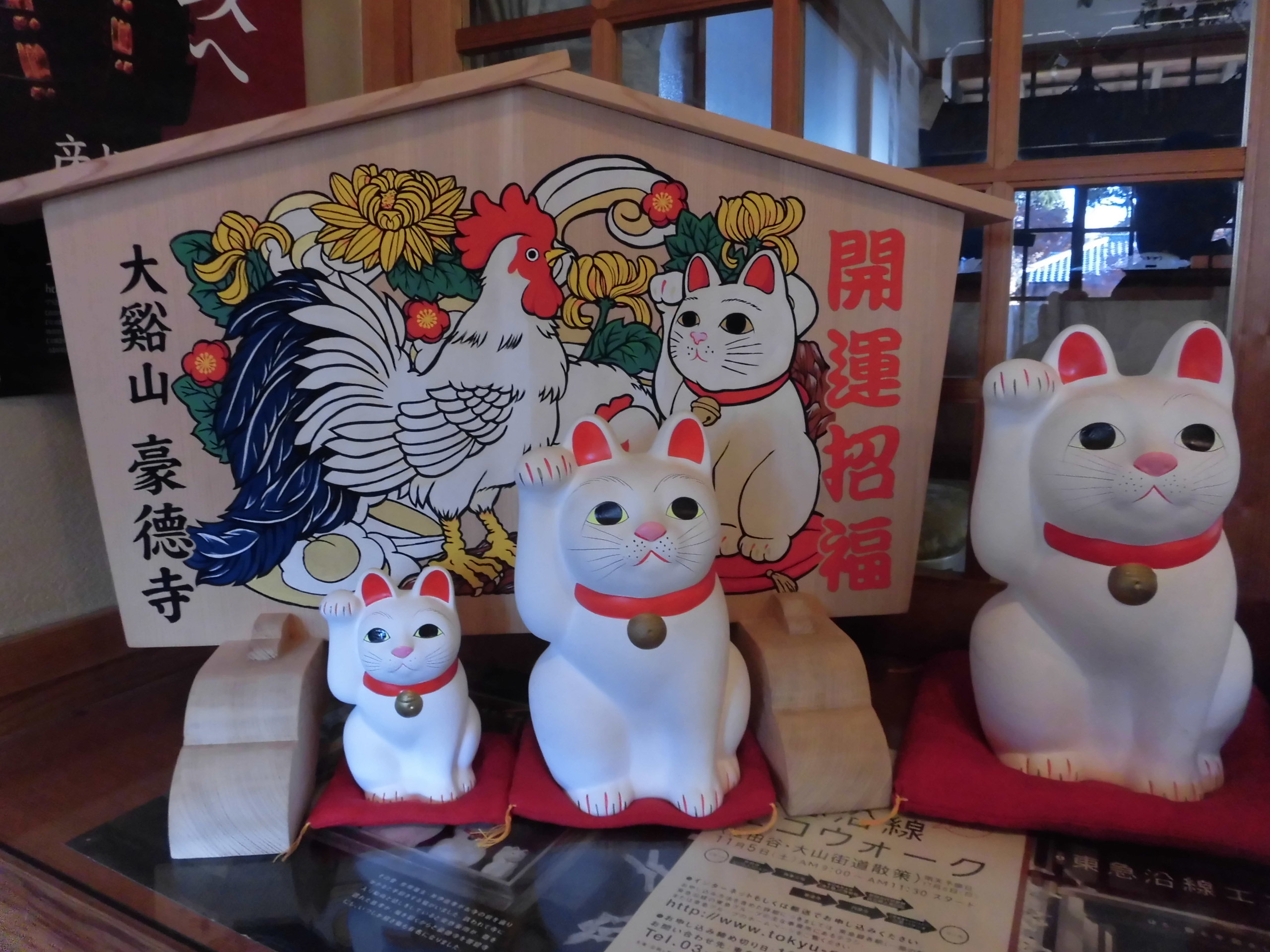 Have you ever seen the Maneki-neko (Beckoning Cat or Lucky Cat)? People buy it as a good luck charm. It is said that the origin of this cute figurine is the Gotokuji Temple, a Buddhist temple in Tokyo. In the precinct, there are thousands of small and medium-size white cat figurines that have been donated by worshipers.

This temple has become the temple of the Maneki-neko because of the following legend.

Naotaka Ii was the second feudal lord of the Hikone Domain. One day, on his way back home he saw the cat that was kept by the monk at the entrance of the temple. The cat was raising one of its paws and the cat looked like it was inviting him. So, he decided to visit the temple. Because of this, he could avoid the approaching thunderstorm and he heard a wonderful preach of the monk. He was very grateful and thus made it Ii’s family temple in 1633. When the cat died, the monk made him a grave and he put up a statue of Maneki-neko Kannon.

Because the cat has become very famous, now you can buy this kind of cat at many souvenir shops all around Japan. It is said that if the cat raises its left paw, it is inviting people while it raises its right paw, it is inviting money. Some of them raise both paws up. Many restaurants put these cats in front of their store in order to draw a lot of customers.

By the way, in the precinct of the temple, there is a large cemetery. There are graves of important figures in history. Naosuke Ii was the 15th feudal lord of the Ii Family and became a chief minister of the Tokugawa Shogunate. He signed the document to reopen the country after 200 years of seclusion policy, but he was assassinated after that. 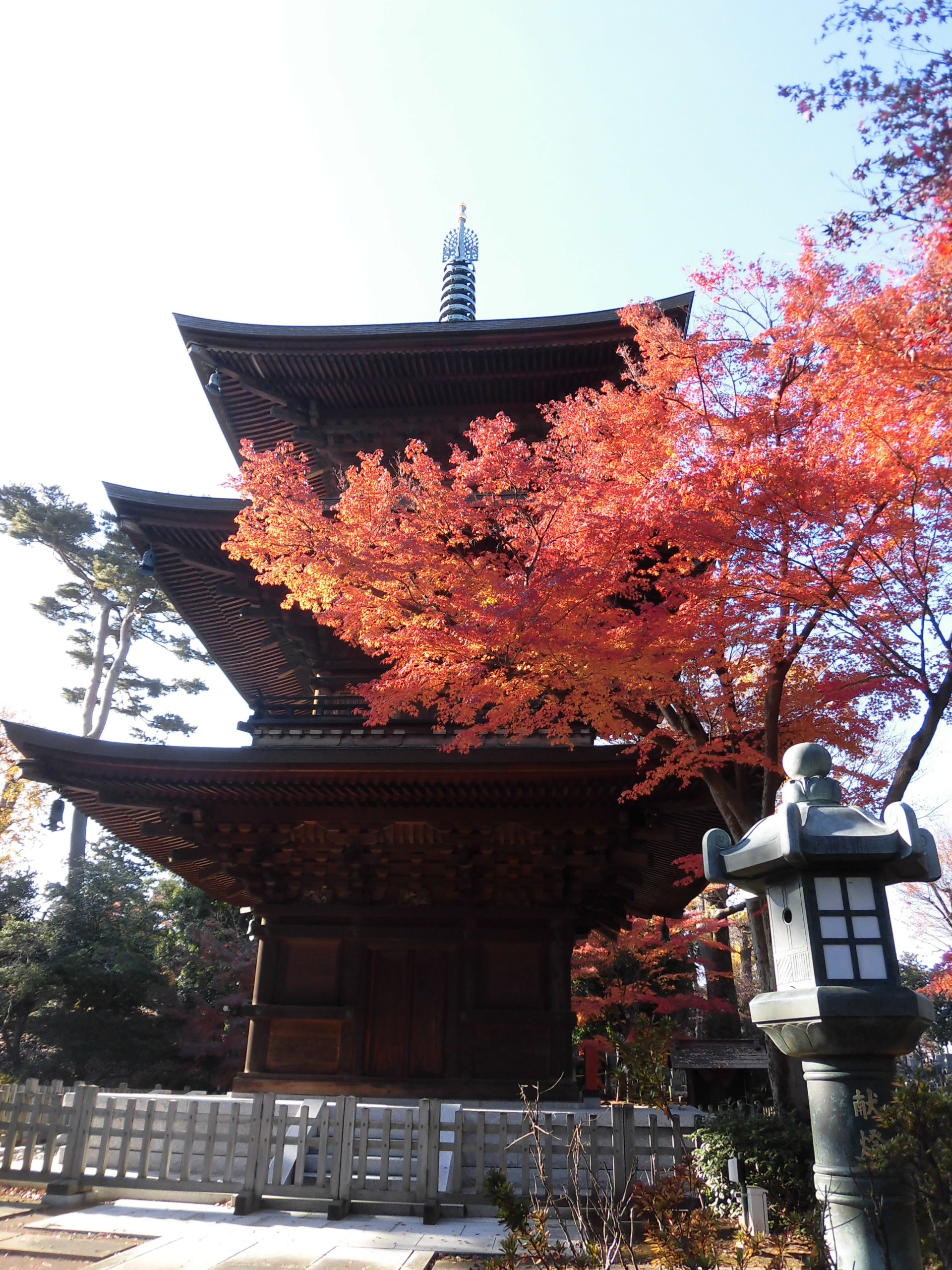 If you visit the temple in autumn, you may see the beautiful autumn leaves of the maple trees. You can take beautiful pictures of the three-storied pagoda with vivid red and yellow leaves.

The Fukugawa Edo Museum is a small history museum where you can be transported back in tim...
">

The most popular season to travel to Japan is spring, and of course, there are good reason...