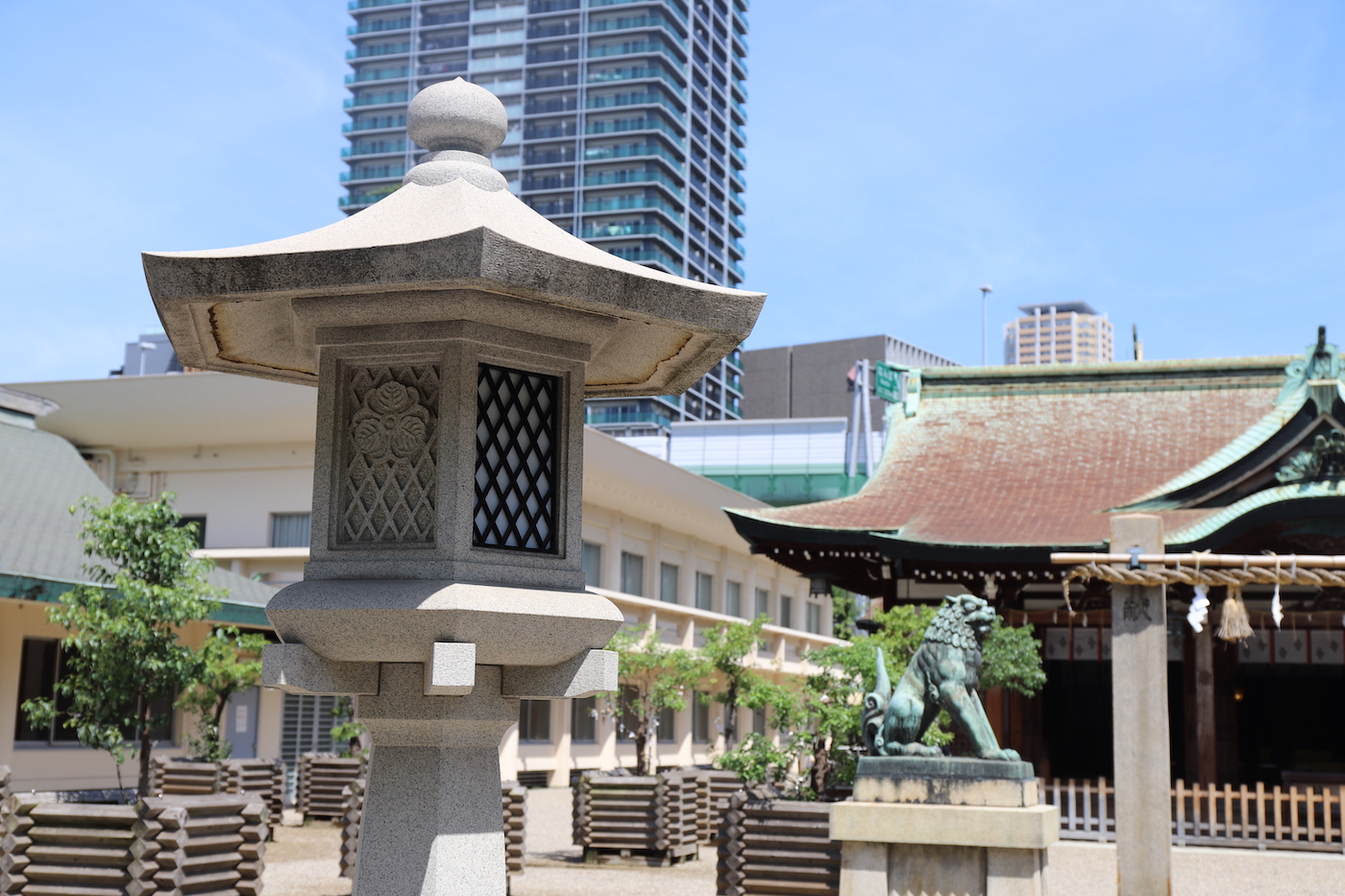 The Shinto “Imamiya Ebisu” is the most famous among the small shrines of Osaka. It is located in the Naniwa sector. This sanctuary, as its name says, is dedicated to God Ebisu, God of fishermen and commerce. Ebisu is part of the 7 gods of fortune. It is characterized by its great smile. It appears with a fishing rod in the right hand and a net in the left.

This sacred enclosure was founded in 600 by order of Prince Shotoku with the purpose of driving away evil spirits that, it is believed, come from the west of the Shitenno temple. Over the years and with the growth of Osaka as a city, this sanctuary became a place of great devotion for all those who have their business-related life.

Many visit the sanctuary during the three days from January 9 to 11, especially the day of Toka Ebisu (celebrated on 10), where a great festival is held that brings together one million spectators annually.

During the Toka Ebisu Festival, people buy sacred bamboo branches decorated with objects of luck in the hope of successful business.

Imamiya Ebisu is colloquially called “Ebessan.” There also venerates the great Goddess “Amaterasu”, Goddess of the Sun and main deity of the Shinto.

The source of water for the purification of the soul (found in almost all Shinto shrines).
Hoden (main sanctuary)
Shamusho (It is the administrative office and is where you can buy the protection charms “Omamori”)
Behind the Hoden is a sanctuary dedicated to the famous God Inari.
Next to the Hoden is another small shrine called “DaiKokuYa”.

It should be noted that in front of the Hoden there are several pots with small plants and the entire floor of the enclosure is covered by small stones, symbolizing the importance of nature in the Shinto religion.

During the year there are activities for the recreation of children, placing small slides and pools of water in the sanctuary, symbolizing God Ebisu and its proximity to the town.

Imamiya is a beautiful sanctuary and it is recommended to visit it when you are in Osaka.

Since time immemorial, Osaka has been a place where people from near and far regions meet....
">

As one of the best examples of artistic beauty with state-of-the-art technology, there is ...
">

Ryoan-ji (The Temple of the Peaceful Dragon) is a Zen temple located in Kyoto which was bu...