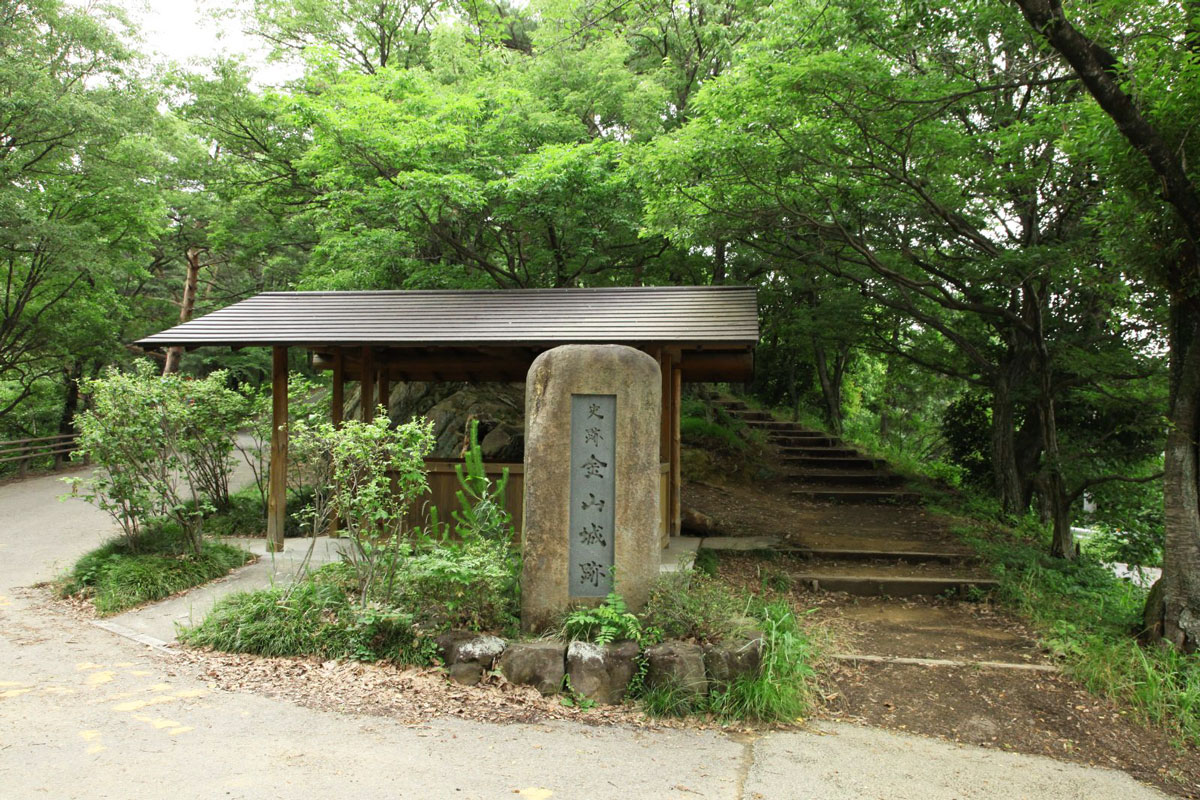 In the city of Ota in Gunma, you can find the ruins of an original Japanese castle. Iwamatsu Iezumi built this castle in 1469. Yokose Narishige, a retainer of the Iwamatsu family, came to rule over it 1528. Around 1565, the Yokose changed their name to Yura. During the Period of the Warring Clans, Kanayama Castle was attacked several times by some of the strongest powers in the area including Uesugi Kenshin (1574), Takeda Katsuyori (1580), and Satake Yoshishige (1583). It withstood all these attacks demonstrating its tough construction and great location.

In 1584, Yura Kunishige and his brother Nagao Akinaga (lord of Tatebayashi Castle) were captured by the Hojo clan of Odawara. In exchange for their release, they turned over the castle to the Hojo. During Hideyoshi’s campaign against the Hojo, Maeda Toshiie took over of Kanayama Castle in 1590. It was decommissioned and not used after this time.

Kanayama Castle is one of the Top 100 Castles, one of the Seven Famous Kanto Castles and a National Historic Site. Kanayama used to be called, “Nittayama”, which appears in Manyoshu, the first anthology of Japanese poetry edited in the 8th century. Standing out in a field that extends as far as the Kanto Plain, Kanayama has been a major landmark in the area. It is also well known for its early history and castle. Recently, the ruins were restored. It is now possible to tell what “a mountain castle” of the ancient days looked like. You can trace some of the interesting restored ruins on a hiking course, as well as enjoying the seasonal trees and flowers.

Taking advantage of the geological features, Kanayama Castle was well-fortified and difficult to attack. The pathways are narrow, winding, and tricky. If you attempted to attack the castle, you would be unsure which path to take to get to. Inside at Dobashi Point, you will see an overwhelming wall of stacked-up rocks, then the path leads you to the left, where you could be attacked by two possible ways; one from platforms in front and from a lookout above.

The Moon and The Sun pond in the ruins were used for drinking water. The Sun pond was also used for ceremonies and praying for rain or victory in battle. There is a big Zelkova tree that is over 500 years old at the base of the stairs leading up to The Nitta Shrine. The Watch Tower commands a view of the northeastern area as far as the eye can see. On a clear day, you can see Mt. Akagi, Mt. Haruna, Mt. Myogi, and even Mt. Asama.

Tourists can perceive the imposing scale of the original construction and its historical value by simply strolling among the ruins of the old stone walls and floors of the fortress. At the foot of the site, there is now a museum about the monument, which observes and translates the story of the stones to fit it into its historical and geographic context. In 2006 the Japanese town of Ota, in Gunma prefecture, appointed famous architect Kengo Kuma to design a cultural center and museum dedicated to the famous Kanayama Castle. Kuma’s architecture weaves a two-dimensional fabric of stone made up of two types of pattern, integrated and multiplied to cover all of the cement building housing the museum’s collections and hosting activities centering on the castle.

If you are interested in Japanese history or want to have an adventure outside the bustling tourist sites, visiting the ruins of Kanayama Castle should be on your list.

The seven gods of good fortune have been worshipped for many years by the Japanese people....
">

Located in the prefecture of Gunma, in the city of Ota, is the Kanmuri Inari Jinja. It is ...
">

The town of Kusatsu in Gunma became well known about 120 years ago after Dr. Balz from Ger...