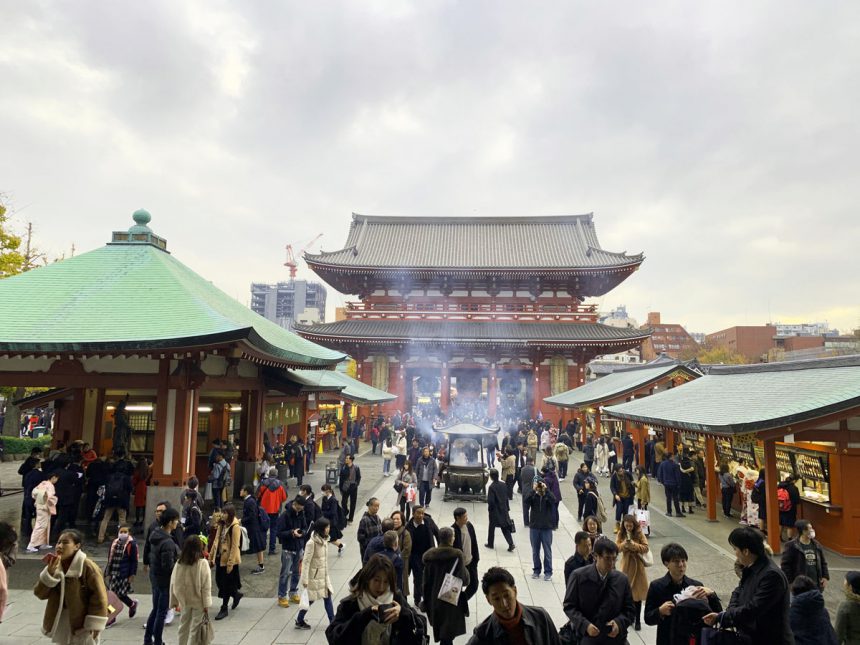 Nakamise dori, the street in Asakusa that leads to the Sensoji temple, is one of the oldest shopping centers in Japan. Since shogun Tokugawa Ieyasu established the Edo Shogunate (1603), the population in Edo (old Tokyo) grew as well as the number of visitors to the Sensoji Temple.

In 1688 – 1735, the temple’s neighbors who helped to receive and serve visitors to the Sensoji Temple were given the special right to open their shops in the approach to the temple. This was said to be the beginning of Nakamise. In the Edo period, the 20 tea houses located between the Dempoin and Niousan-side were called Yakudana, and the shops located near the Kaminari-mon which were selling toys, sweets, snacks, and souvenirs were called Hiramise. The number of shops increased and it became one of the best-ordered temple towns in Japan.

During the political change of the Meiji Restoration, lands that belonged to temples were taken by the new government, and Sensoji’s land came under the control of the Tokyo metropolitan government. The government made five parks and made laws for the parks that made it impossible for the Nakamise merchants to do business. In May 1885, the Tokyo metropolitan government ordered the Nakamise merchants to leave and in December the Nakamise was rebuilt in western-style brick stores. It was at that time that modern Nakamise was born.

The redbrick Nakamise with the atmosphere of Meiji Era’s culture was destroyed by the Great Earthquake of 1923. In 1925, it was rebuilt in the Momoyama-style using concrete, which gave Nakamise a vermilion-lacquered appearance that made the shopping center very beautiful. Although all its interiors were destroyed again in WW2, the local people of Nakamise worked very hard to rebuilt it after the war.

In Fall 1985, the electric signboards and paving stones were renewed and various events were held to celebrate the 100th anniversary of its founding.

In April 1992, under the advice of Prof. Ikuo Hirayama, Tokyo Art University, pictures of Asakusa scenes were painted on all the front shutters of Nakamise, making it a very colorful area even after the shops close at nightfall. The beauty of the integrated electrical signs and the seasonal decorations against the stone pavement plus the variety of products and the original design of the market delights international and local visitors. 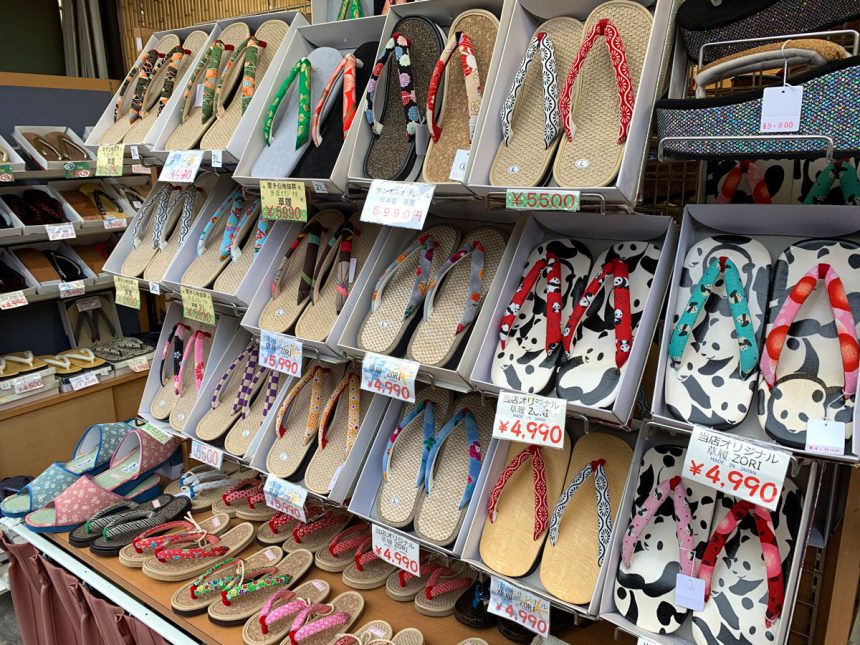 Today Asakusa is festive and quaint. The crowds are drawn by Sensoji Temple, the Five Stor...
">

In the traditional area of ​​Asakusa in Tokyo, about 20 minutes walk from the famous Senso...
">

5 Most Surprising Things in Japan

When a person travels to Japan for the first time, as a tourist or for business reasons, i...