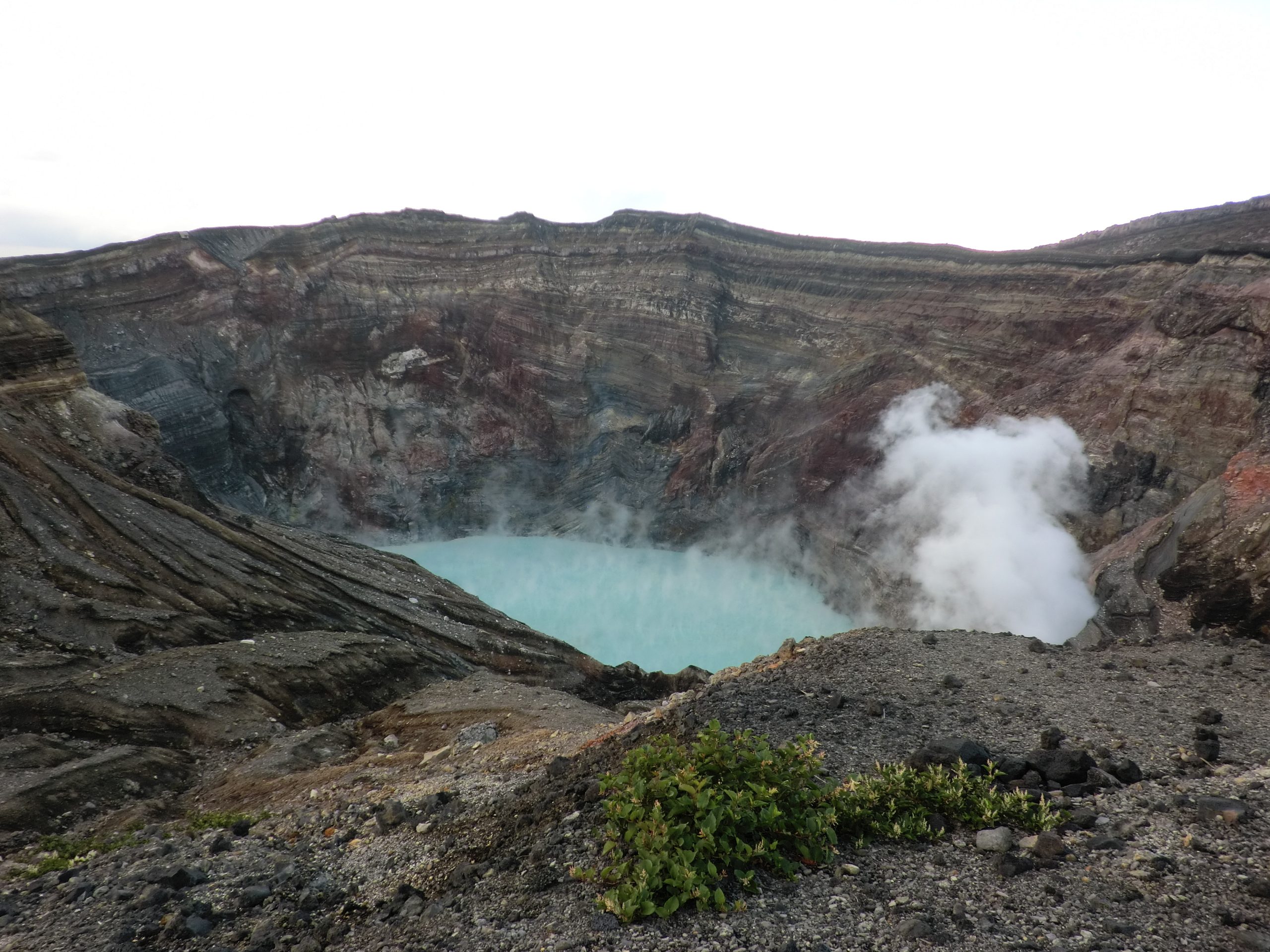 Mt. Aso, or Aso-san, is the largest active volcano in Japan and among the largest in the world. It is located at the center of Aso-Kuju National Park in Kumamoto and Oita Prefectures, which lies roughly in the center of Kyushu.

Mt Aso was created by successive eruptions. The first eruption occurred about 300,000 years ago followed by 3 more big eruptions. The last big eruption was about 90,000 years ago. There was about 600 cubic meters volcanic ejecta and it is said that about half of Kyushu Island was covered by the volcanic ashes. Ashes even flew to Yamaguchi the southernmost part of Honshu (Japan’s main island).

You can go up to the edge of the crater of Nakadake by shuttle bus (the ropeway has stopped operation in 2016), but please note that service is often suspended because of a higher volcanic activity level. 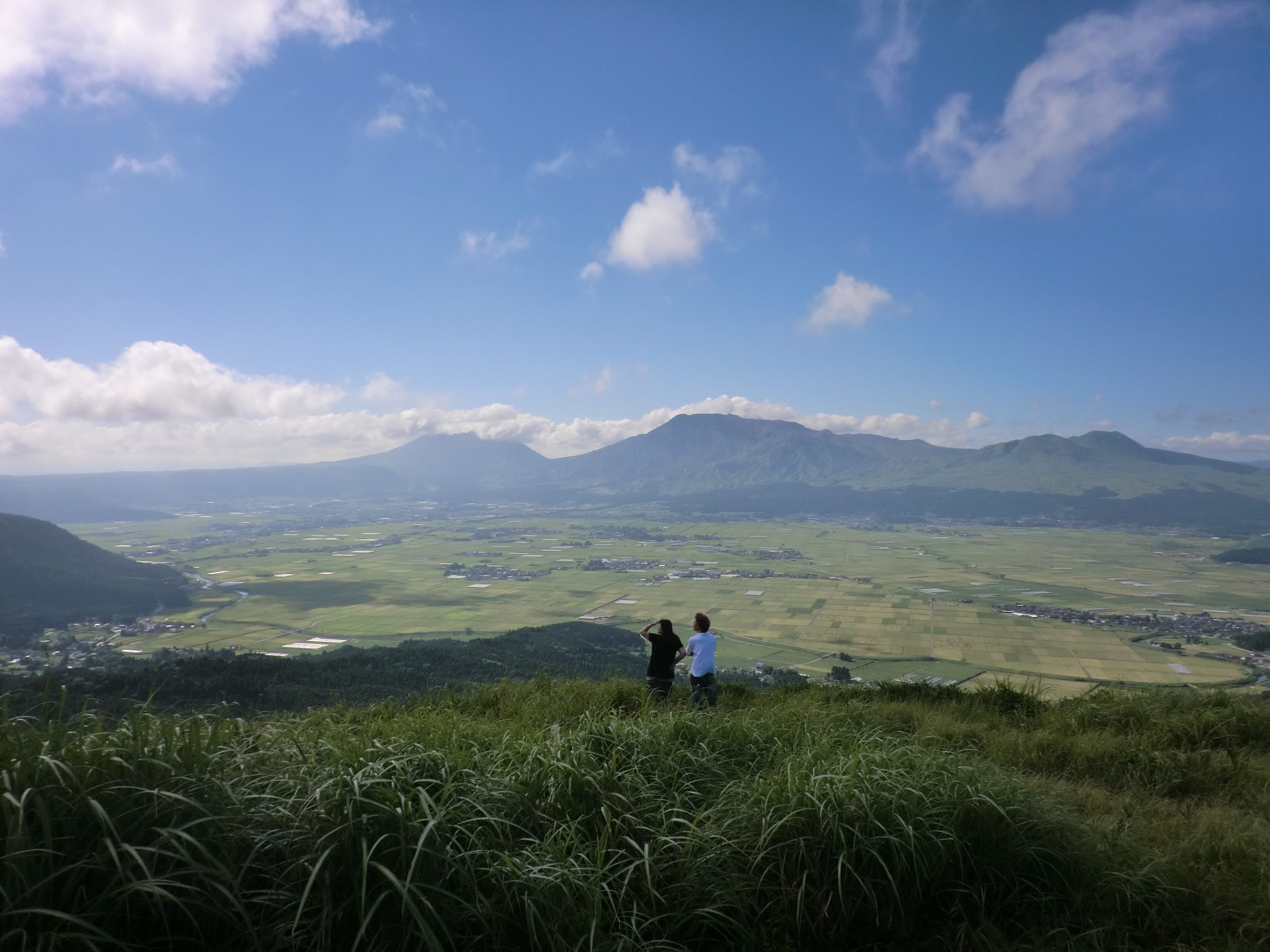 The eruption also created a huge caldera. The caldera is 25 km across from north to south, and is 18 km across east to west. It is the largest caldera in Japan and also one of the largest in the world. The mountain is a typical complex volcano, composed of an outer rim with a total circumferential length of 128 kilometers, a caldera (circular volcanic basin) with three municipals inside, and five mountains on the central plain.

Daikanbo Outlook on the outer rim is the best point from which you can enjoy a panoramic view of the caldera.

About 50,000 people live in the caldera engaging in agriculture and cattle breeding. People have been burning off their fields for hundreds of years, and by doing so, exterminate harmful insects while growing grass for cattle and horses. Because of the burning of the fields, we can enjoy a great view.

It snows in winter, so the peaks will be covered with snow in the wintertime.

There are direct buses from JR Kumamoto and Aso stations.

Kumamoto Castle is a Japanese castle located in Kumamoto City, the capital city of Kumamot...