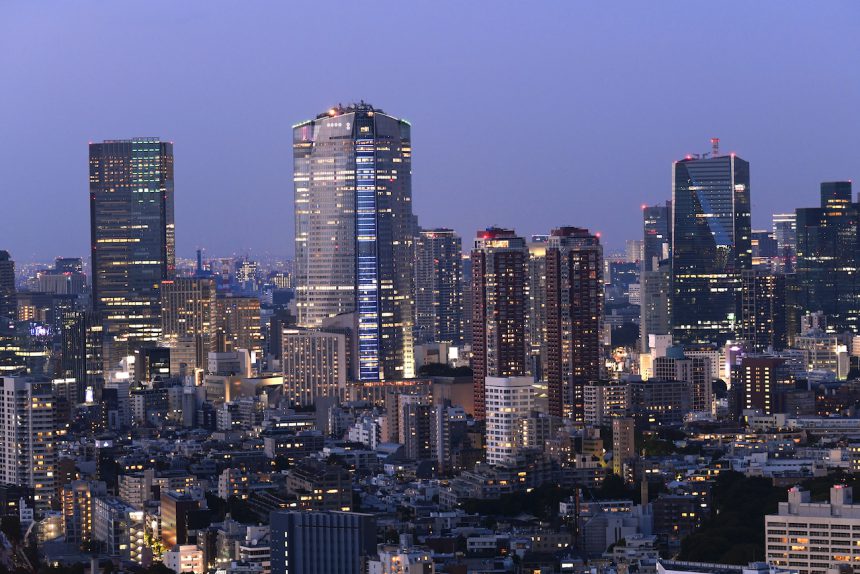 Twenty years ago any Tokyo local could tell you exactly what you could do during the day in Roppongi – nothing. Since the end of WW2, Roppongi had been a seedy area one had better avoid. It was the site of crime, home of occupation forces barracks, the turf of gangs of dancing teenagers, and round the clock haunt of hordes of partying expats and soldiers on leave.

But, things changed in 2003: Roppongi Hills became a fancy new city center and the arts take center stage. The complex is home to Louise Bourgeois’s giant alfresco spider sculpture, and the area is delightfully landscaped with trees that are illuminated at night. The Mori Garden is a gorgeous modern version of a Japanese garden and a welcome strip of greenery in this concrete jungle. Piece de resistance is the Mori Art Museum, the world’s highest exhibition space, and the first major museum in Japan to hire a foreign director. It is a good guess that its soaring presence has helped persuade several of Tokyo’s best galleries to relocated to Complex, a five-story building down the hill that is now home to Ota Fine Art, Roentgenwerke, and the Hiromi Yoshii print and photographic gallery.

For those with a keen eye for modern art this part of the city has a lot of hidden treasures in the form of public outdoor art like sKape, roboroborobo and Chair that Disappears in the Rain.

At night, the bar still fills with an international crowd that sticks around until the small hours of the morning, when the trains finally resume service.