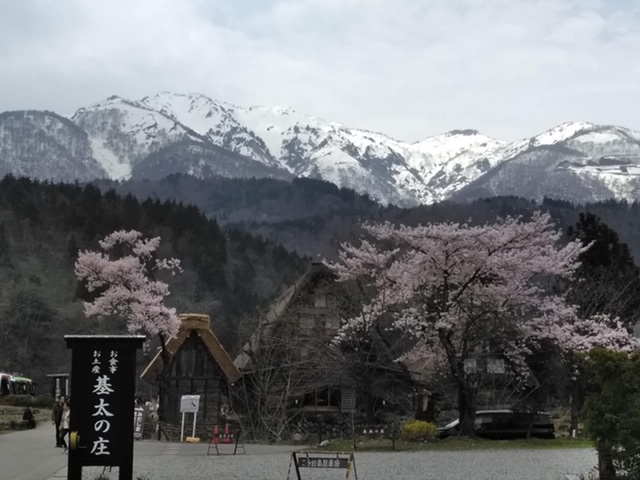 Shirakawago is located in the Shogawa River Valley in the remote mountains region between Takayama and Kanazawa. Declared a UNESCO world heritage site in 1995, the village is best known for its traditional farmhouses in the thatched-roof style called Gasshozukuri, some of which are more than 250 years old.

Gassho-zukuri means ‘constructed like hands in prayer’, as the farmhouses’ steep thatched roofs resemble the hands of Buddhist monks pressed together in prayer. The architectural style developed over many generations, and these houses were built to withstand the large amounts of heavy snow that falls in this region of Japan during winter, and more amazingly, the houses are built without any nails for extra sturdiness.

Of course, one of the main attractions is the houses themselves, 3 of which you can enter and walk around inside. The best one according to most is the Kanda House, where you get green tea and can take in the smells and views of a traditional house in this area. The nearby Tenshukakau Observatory is one of the best places to take a picture of the whole village from above. The Shirakawa Hachiman Shrine Festival Hall is a small museum which architectural structure alone makes it worth a visit. If you are in Japan in January or February, you can try to catch one of the light-up events, for more information on tickets, click here.

At the center of Kanazawa lies the Kenroku-en Garden, famous for the "Yukitsuri," ropes st...
">

Noto Peninsula is known for its coastal scenery, particularly along the Okunoto Coast and ...
">

Niigata city is the capital of the prefecture of the same name, and is a pleasant place, w...