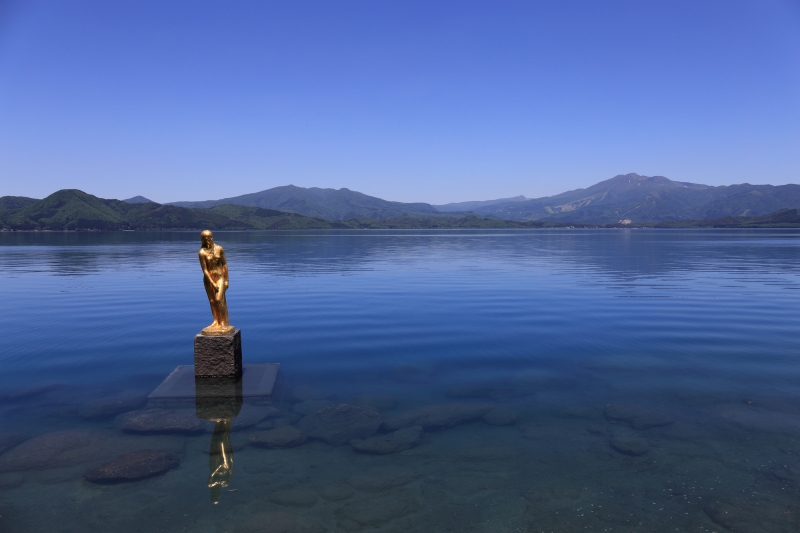 Lake Tazawa, a crater lake situated almost in the centre of the eastern part of Akita Prefecture, and at 423.4 meters in depth, is the deepest lake in Japan. The almost perfectly circular lake is filled with mysterious sapphire-blue water.

Depending on the season and on the depth of light penetrating into the water, the colour changes from jade green to indigo blue, a sure attraction for visitors any time of year.

Take a scenic bus trip around the lake and enjoy views of the lake from different angles. You can get out on the lake itself, with several options for cruises, plus a range of row-boats and pedal-boats for those who would like to do things under their own stream.

The lakeside is dotted with hotels and rest houses. In summer, the lake attracts swimmers and sunbathers to its beach area.

It is filled with people who enjoy water sports, such as sail boarding and jet skiing.
In the vicinity are many other leisure spots, including a ski resort and a camping site.

Kakunodate is a quiet town in the east of Akita.
It is enclosed on three sides by mountains, and the Hinokinai-gawa River runs southwards through it.
The original shape of the town was formed at the beginning of the 17th century, and from then on it developed as a castle town.
The town has a refined, elegant feel, and is called the “Little Kyoto of Michinoku.”
Many traditional events are held throughout the four seasons in Kakunodate.
If you come at the right time you can enjoy: the Sakura-matsuri Festival (cherry blossom festival) in spring; the Sasara-mai Dance in summer, in which people dance while they rhythmically rub two ‘sasara’ bamboo whisks) together; the stirring Oyama-matsuri Festival in autumn, in which floats collide with one another; and the Hiburi Kamakura in winter, in which a straw bag on the end of a rope is set afire and swung around to pray for good health. 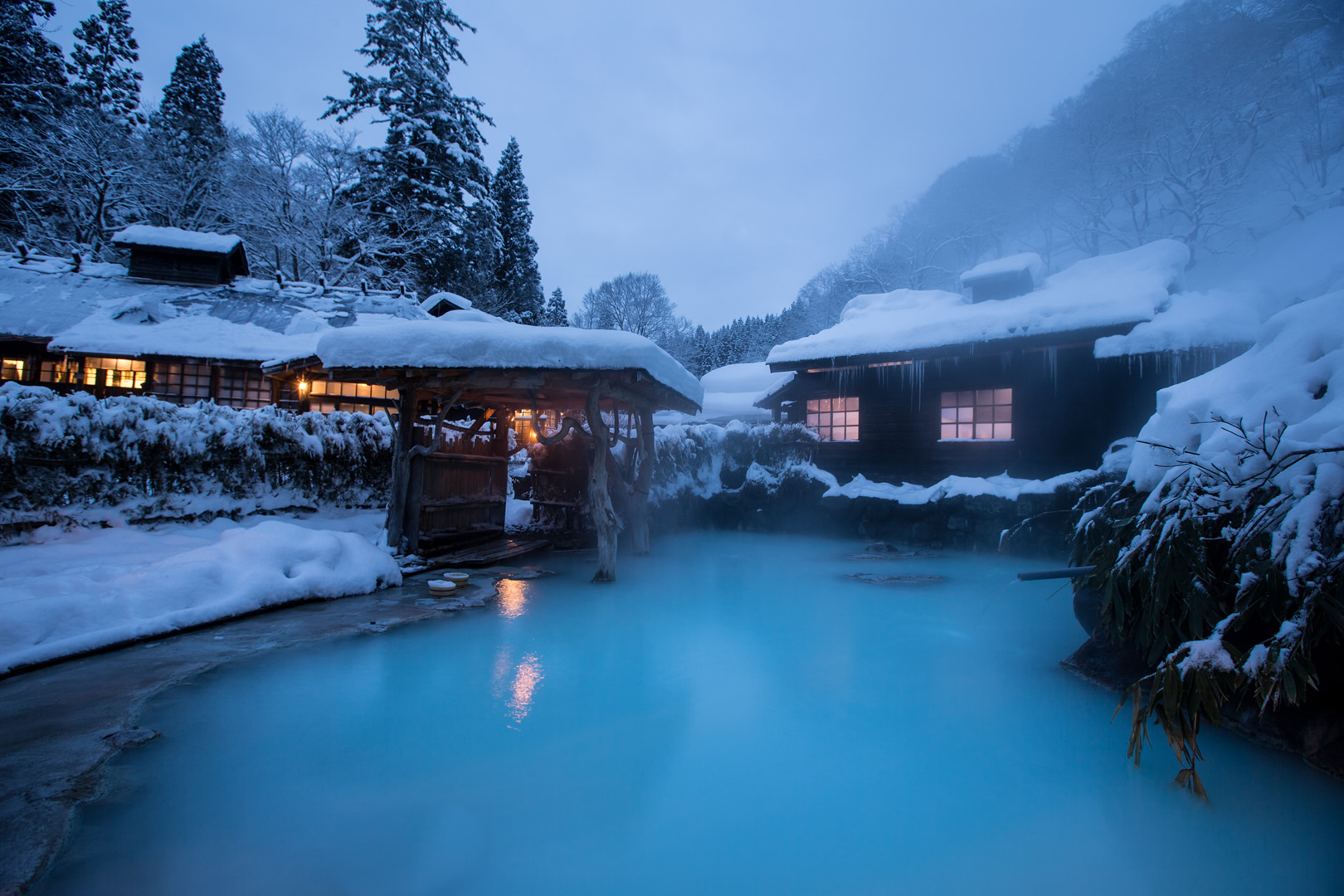 Nyuto Onsen is a collection of onsen ryokan (traditional Japanese Inn) in the mountains of eastern Akita Prefecture. The area is known for the hot spring baths found at its eight ryokan, some of which are quite traditional and rustic. With a history of over 300 years, Tsurunoyu is Nyuto Onsen’s oldest and most famous inn. The name Nyuto Onsen means “nipple hot spring” and comes from the suggestive shape of nearby Mount Nyuto rather than the milky / cloudy appearance of the area’s hot spring water.

All the hot spring baths in Nyuto Onsen belong to ryokan, and are not only available to staying guests, but also to day trippers during certain hours and against a small admission fee. Most of the ryokan feature mixed gender outdoor baths, and all have various gender segregated bathing as well.

Located deep in the mountains, it seems far removed from the rest of the world. After a comfortable soak in the hot spring, another enjoyment is delicious food.