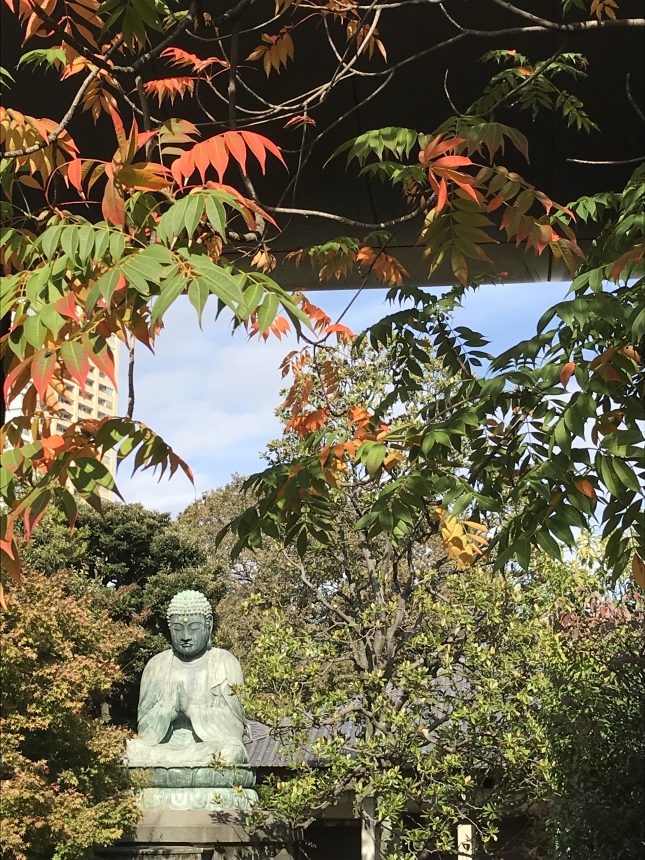 In Japan, there are many national parks and one of the first that was founded is located in the Taito district of Tokyo. The park is called Ueno Koen (Ueno Park) and it was founded in 1873 when Japan was at the beginning of the more modern Meiji era. At that time, the government of Japan was looking to emulate Western culture, and parks are very common in Western cities.

Before the government of Japan founded the park, this area was part of a Buddhist temple complex and the Ueno Toshogu, the Shinto shrine in honor of shogun Tokugawa Ieyasu. Tokugawa Ieyasu always wanted to protect the areas that he considered important for the protection of the city, therefore he ordered the building of temples and shrines in certain spots so that people did not populate or destroy them. Unfortunately, during the Boshin War in 1868, the Meiji government forces and the shogun forces had a very hard battle in the Ueno area, and most of the temple structures were destroyed. Today there is a memorial in the park remembering that hard battle.

At the end of the war, Boshin and the Meiji government took power and the government of Tokyo took the temple precinct and began to remodel it and then found the first national park in Japan in 1873. The park gained more prestige when it was presented by Emperor Taisho, son of Emperor Meiji, to the city to celebrate the wedding of Emperor Hirohito.

In the park, there are many temples and museums, such as the National Museum of Western Works, where there is a vast collection of paintings mostly from France. The Tokyo National Museum is located in Ueno Park, constantly having new exhibits of objects or works of art brought from all over Japan or even famous paintings such as The Scream. Other interesting museums in Ueno Park are:

The park also has various Shinto shrines and Buddhist temples. Some of the most recognized are:

Shinobazuike Bentendo, a Buddhist temple in honor of the goddess Benzaiten
Ueno Tosho-Gu, Shinto shrine in honor of shogun Tokugawa Ieyasu
Gojoten Jinja, Shinto shrine dedicated to god Inari
Kaneiji, a Buddhist temple of great importance since in ancient times the temple occupied all the space of the Ueno Park that we know today. The burial of six of the fifteen Tokugawa shoguns occurred there.

At the south entrance of the park, you can also find a statue of Saigo Takamori, now better known as the Last Samurai. There are more than 8,000 trees of different kinds in the park, and in the cherry blossom season, this park attracts about ten million tourists each year to see the typical flower of Japan bloom at its peak. The Ueno Zoo is located right next to Lake Shinobazuike. Inside the zoo are the famous pandas that attract thousands of visitors on their own.

If you want to hear more stories about the illustrious past of this park and the wider area, it is a good idea to get a private guide to show you all the nice spots and make the area’s history come to life.

The Tokyo National Museum was established in 1872 and is the oldest and largest museum in ...
">

In the Taito district of the city of Tokyo, you can find endless wonderful places of histo...
">

The main season of the cherry blossoms is from late March to early April in Tokyo, but if ...