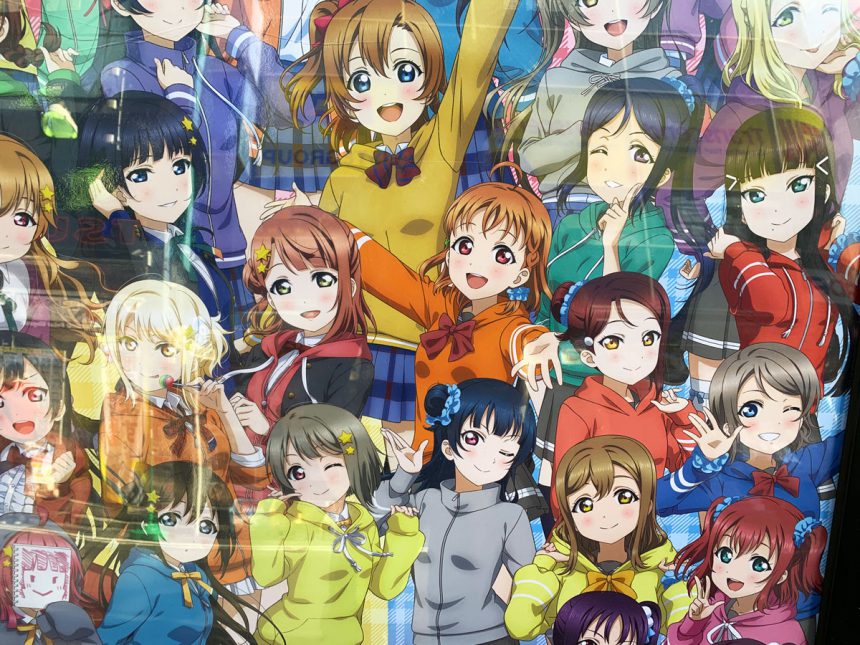 Within the music world of Japan, there are two acts that have gone down in history as legends and continue to inspire new generations. Let us introduce to you pop duo Pink Lady and composer Kitaro.

In the mid-’70s, two teenagers participated in a television talent contest and won.  Before long, these childhood friends became two of the most famous, if not legendary, artists in the history of Japanese pop music.  Although their time in the spotlight was painfully short, they were loved and universally appreciated by young people and adults alike.  Even after forty years, their fame has not diminished in the least since they are still as popular and loved as ever.  We are talking, of course, about the immortal Mie and Kei, best known for their legions of fans around the world as Pink Lady. This duo created the concept of  ‘Japanese Idol’ as we know it.

When the girls appeared on television to promote their debut single, Pepper Keibu (Pepper Police Inspector), they had completely transformed.  Gone were the sports pants to be replaced by slippery and shiny mini dresses.  The chords of popular feminine melodies also disappeared, replaced by catchy lyrics and disco beats.  Also part of this new act were their dance routines, a combination of youthful vitality, sexy movements, and almost robotic precision, as repeated appearances on television made it clear that the girls had been programmed to dance in exactly the same way, every time.

In March 1981, they held a farewell concert at the Korakuen Stadium (the largest outdoor stadium in Japan) and then they disbanded. On Wednesday, September 1, 2010, the duo announced their return during a press conference that presented the launch of a specialized photo book.  Innovation, 2 albums with re-recorded versions of their past successes, was released in December of that year.  A concert tour followed in March 2011, which marked the 30th anniversary since their official disbanding in 1981.

The Japanese music program Music Station included them in its 50 main idols of all time list based on the sales figures provided by Oricon.  They were placed # 15, with sales exceeding 13,000,000.  However, Billboard magazine even claims that they sold more than 15 million singles and 2.25 million albums.

This is positive proof that even after forty years Pink Lady’s popularity has not diminished at all, and their place as icons and legends in the world of Japanese pop culture is well-deserved. For people interested in Japanese music, Pink Lady is one of the most important references, marking a before and after in the Japanese music industry.

Music composer Kitaro has received a Golden Globe Award, an Oscar nomination, five Grammy nominations, and dozens of albums in recognition of his ability to mix various ethnic and cultural influences in his music. This Japanese keyboardist, born in Toyohashi in 1953, is known as the representative of the new age style in his country where he has fused elements of the traditional music of Japan with modern music. His most famous work is ‘The Silk Road’. Kintaro’s image and his compositions are very characteristic, and his work had a deep impact in both North America and Europe, meaning he has become one of the most renowned Japanese musicians in the West.

Hailing from a family of Buddhist-Shinto farmer ancestry, Kítaro grew up in a rural environment where nature was a source of inspiration. Although his music was very progressive at the time, for him it has always been very important to keep the Japanese traditional values. In the early days, inspired by Otis Redding’s R&B music, he learned to play the guitar on his own. Kitaro himself pointed out that he never had a musical education and that he only learned to trust his ears and his feelings. He attributes his brilliant creations to a force that goes beyond him.

The first two albums ‘Ten Kai’ and ‘From the Full Moon Story’ became works of worship for the nascent fans of the New Age movement. In Europe, he met the German synthesizer musician and former member of Tangerine Dream Klaus Schulze. Schulze produced two albums for his band and gave Kitaro advice regarding the use of synthesizers. In 1976, he left his band and traveled through Asia (China, Laos, Thailand, and India).

Kitaro was the first in the world to use a synthesizer to recreate the sound of 40 different instruments. After becoming famous in Asia and other parts of the world, Kitaro moved to the United States to continue his career. He reached the status of international celebrity in 1986, it was his famous soundtrack for the NHK series ‘Silk Road’ that caught the international attention and allowed him to reach a worldwide distribution agreement with Geffen Records.

By the end of 1987 he had sold ten million albums worldwide, a year later he published a collection of main successes on a double CD entitled ‘Ten Years’, remastered and reissued by Domo in 1997. In this period of time, Kitaro also won his first Grammy nomination, thanks to ‘The Field’, the single extracted from his album ‘Light of the Spirit’ which was reissued in 1997. His greatest musical success was the Grammy Award 2001 for his album ‘Thinking of You’.

Anime is one of the most important modern cultural facets of Japan. The word 'anime' comes...
">

Within the wide musical variety within the Japanese industry, there are two acts that in a...
">

In Japan, there are many groups or bands made up of artists who dance, sing, perform, and ...
">

While we talked about two of the most popular mainstream boy groups of J-pop in this artic...