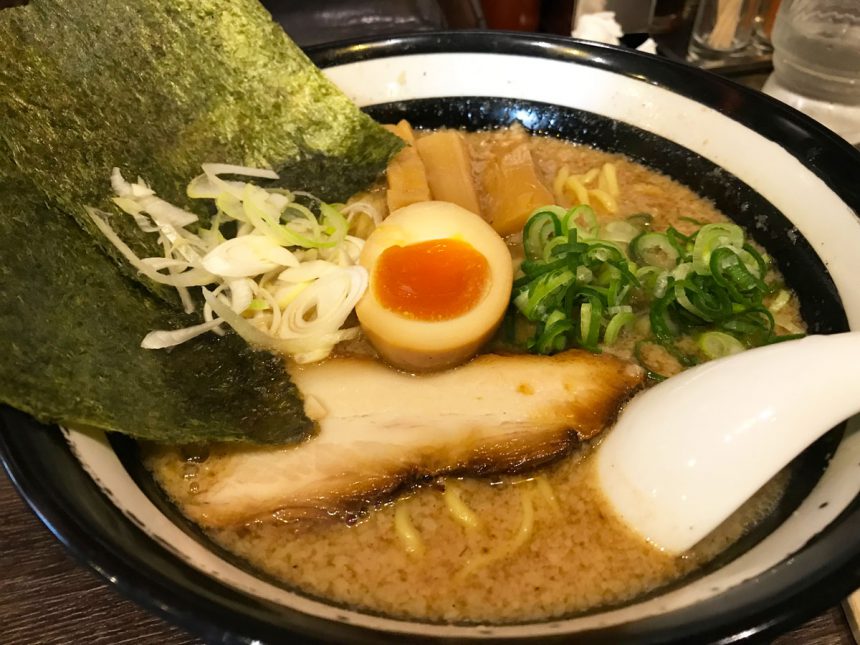 Ramen became one of the iconic foods from Japan, having gained a lot of popularity outside of Japan in recent years. This is no wonder as ramen noodles are affordable, quick, and delicious. It is said that the Japanese version of ramen originated in Yokohama Chinatown during the Edo period, evolving for generations in the unique dish thgat is known today.

Unlike traditional Japanese noodles such as soba or udon, there is no established style for preparing ramen.  Each store that serves this delicious food has its own particular flavor, with prints of the master chef’s hand. However, ramen can be divvied up in categories according to the type of soup, ingredients, and even (Japanese) region of origin.

While some people believe the ramen itself is the most important component, many others think it is the soup that dictates the quality of the dish. There are 4 main types of soup,

Shoyu (soy sauce): Considered the most emblematic of Japan.  It is made with chicken, to which a couple of tablespoons of thick soy sauce are added when served.  Traditionally, rayu (red pepper extract with sesame oil) is then added to taste.

Tonkotsu (pork bones): Especially popular in Kyushu, the tonkotsu ramen is made of pork bones that have been boiled until dissolved in a cloudy white broth.  The thick and creamy soup is also usually seasoned with chicken broth and pork fat.  It is one of the most common types of ramen soup.

Miso: Created in Sapporo in 1955. The miso base is usually based on chicken and mixed with a variety of miso when served. In Kanto, it is common to add a tablespoon of butter.

Shio (salt): The simplest of all varieties and in which the greatest Chinese influence is felt.  This variety is especially very popular in Hokkaido.  The soup is transparent and its flavor is more direct.

Fresh noodles: these are used in high-class ramen stores, they are made from scratch and have a stronger, more authentic flavor, compared to other types of noodles.  Tonkotsu ramen is usually combined with straight noodles, while miso ramen is almost always combined with wavy noodles.  Shoyu ramen can be mixed with any noodle type.

Dry noodles: they are excellent for preparing ramen at home.  Sometimes they are used in Japanese restaurants, but they are usually found in ramen packages in supermarkets.  These have a little more texture and oily taste compared to fresh noodles.  Consumption is subject to personal preference.

Instant noodles: These were invented by Momofuku Ando in 1958. They are easy to make, with little time and effort. But it is not recommended to consume instant noodles in excess as they are not very healthy.

When you go to a ramen restaurant, you can choose whether you want your noodles to be softer or harder cooked, just like pasta. These are the terms in Japanese:

The soup can be oily or lean, thick, or thin and noodles and can be taken from the soup in a bowl or dipped in the soup to the side. To really finish off your dish, you can add some tasty toppings. Here are some popular examples:

Nori: also known as seaweed, it is often cut into crispy strips and placed next to the ramen bowl.

Seasoned cooked eggs: varies according to the type of ramen.  For example, tonkotsu ramen is usually served with a hard-boiled egg.  The egg provides a rich accent that is part of an authentic ramen experience.

Kamaboko: sometimes also called Narutomaki, this is the pink and white-colored fish paste you often see in noodle dishes

Chives: when freshly sprinkled on ramen, chives emit a stimulating natural aroma that complements the deep richness of the soup base.

Menma: aromatic bamboo shoots.  They have a very intense flavor.

Bean sprouts: when they are immersed in the soup they absorb their flavor and have the additional advantage of filling you up for longer

Corn: Although not essential, corn adds a very nice special flavor when mixed in any ramen broth. Corn is usually served with tonkotsu broth.

Butter: this ingredient makes the soup even creamier.  With just a touch of butter, the ramen becomes a delicious stew.

When you go to a ramen restaurant in Japan, you have two ways to pay: one, buy a ticket at a machine, and the other, pay at the cash register.  If there is a ticket vending machine, they are usually located next to the entrance. Everything you want, from the ramen to the dressings and garnishes, has its button on the machine. After obtaining the tickets you give them to an employee.  Many places only have machines in the Japanese language.  If you need help when you arrive at a restaurant, it is recommended to ask an employee or you can try using Google Translate on the buttons.

If you pay at the cash register you will order from your seat. You will pay after eating, so when you are ready to leave, you must first stop at the cash register.  Sometimes a check will be left on the table, and in that case, you have to take it with you to the cashier.

As you can see, there are many ways to enjoy your bowl of ramen. At the end of your visit to Japan, you will definitely have a favorite style. Ramen, more than a meal, is an experience that you should not miss out on when traveling to Japan.

If you want to eat noodles, Japan in general, and Tokyo in particular, are paradise. There...
">

Two lesser-known types of noodles from Japan have deeper Japanese roots, and these are udo...
">

Japan is a country with one of the richest cuisines in the world, with endless dishes to c...
">