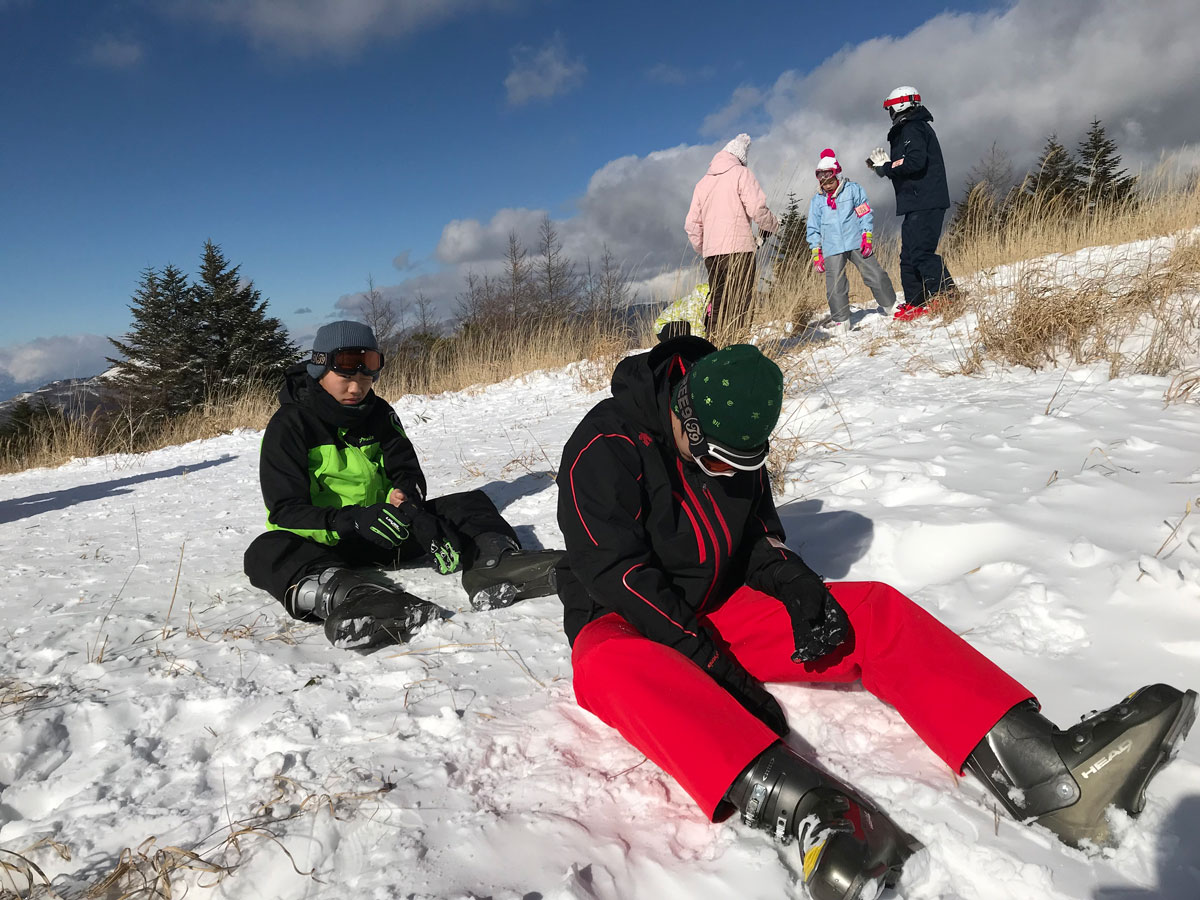 If you are fond of skiing and snowboarding, Japan is a great December-April destination for you. There are over 500 ski resorts across Japan from the northern island of Hokkaido to the southern main island of Kyushu, which vary in size from large resorts with dozens of runs to small one-lift slopes. The best resorts and snow conditions are found in northern Japan (Hokkaido and Tohoku) and in the mountains along the Sea of Japan Coast (especially Niigata and Nagano).

Many ski areas in Japan double function as hot spring resorts, leading to the particular Japanese way of enjoying skiing and snowboarding in combination with a hot spring bath after a day on the slopes.

While there are no ski resorts within the borders of metropolitan Tokyo, it is feasible to go skiing or snowboarding on a day trip from Tokyo. Some of the most easily accessible and most popular resorts for daytrips are located in the Yuzawa region of Niigata Prefecture, which can be reached in only 90 minutes by shinkansen. There are also a couple of small resorts near Mount Fuji for those who want to ski with Japan’s most famous mountain in the background.

Japan’s ski season generally starts around December and lasts until April, with the peak and best snow conditions found from mid January through February. Snow is abundant and temperatures are moderate, barely dropping below -10 degrees.

While skiers still outnumber snowboarders on most Japanese ski slopes, snowboarding has also become popular among younger people, and the number of resorts welcoming snowboarders and providing special snowboarding facilities, such as half pipes, has been increasing. Many resorts also welcome other types of snow sports, such as snow bikes and snow scooters.

The typical cost of a one-day pass for a large ski area is around 4000-5000 yen (around 40-50 USD). Many resorts also offer half day, multi-day, and season passes. Furthermore, ski holiday packages, which include transportation, lift pass, and accommodation, are available at competitive rates through travel agencies.

Renting ski or snowboard equipment is possible at virtually every ski resort across Japan. Snow bikes, snow scooters, and other equipment are also available at some resorts. Typical prices range around 3000-5000 yen per day for a complete set (skis, boots and poles; or snowboard, boots and bindings). Similar prices apply to a one day rental of ski wear which usually includes a jacket, pants, gloves, and goggles.

I am living in Tokyo, so I tend to go to ski parks in the Nagano area, especially Hakuba and Shiga that have hosted the Winter Olympics in 1998 are great areas with good snow and many amenities and hotels.  Niseko in Hokkaido is the best ski area in Japan that is very foreigner-friendly as the area welcomes many Australians every winter.

If you are looking to combine sightseeing in Japan with winter sports we can help you organize a perfect trip!

The city of Nagano is located in the northern part of Nagano Prefecture. It is a good plac...
">

Yudanaka, rich in natural hot springs, is located deep in the mountains of the Yamanouchi ...