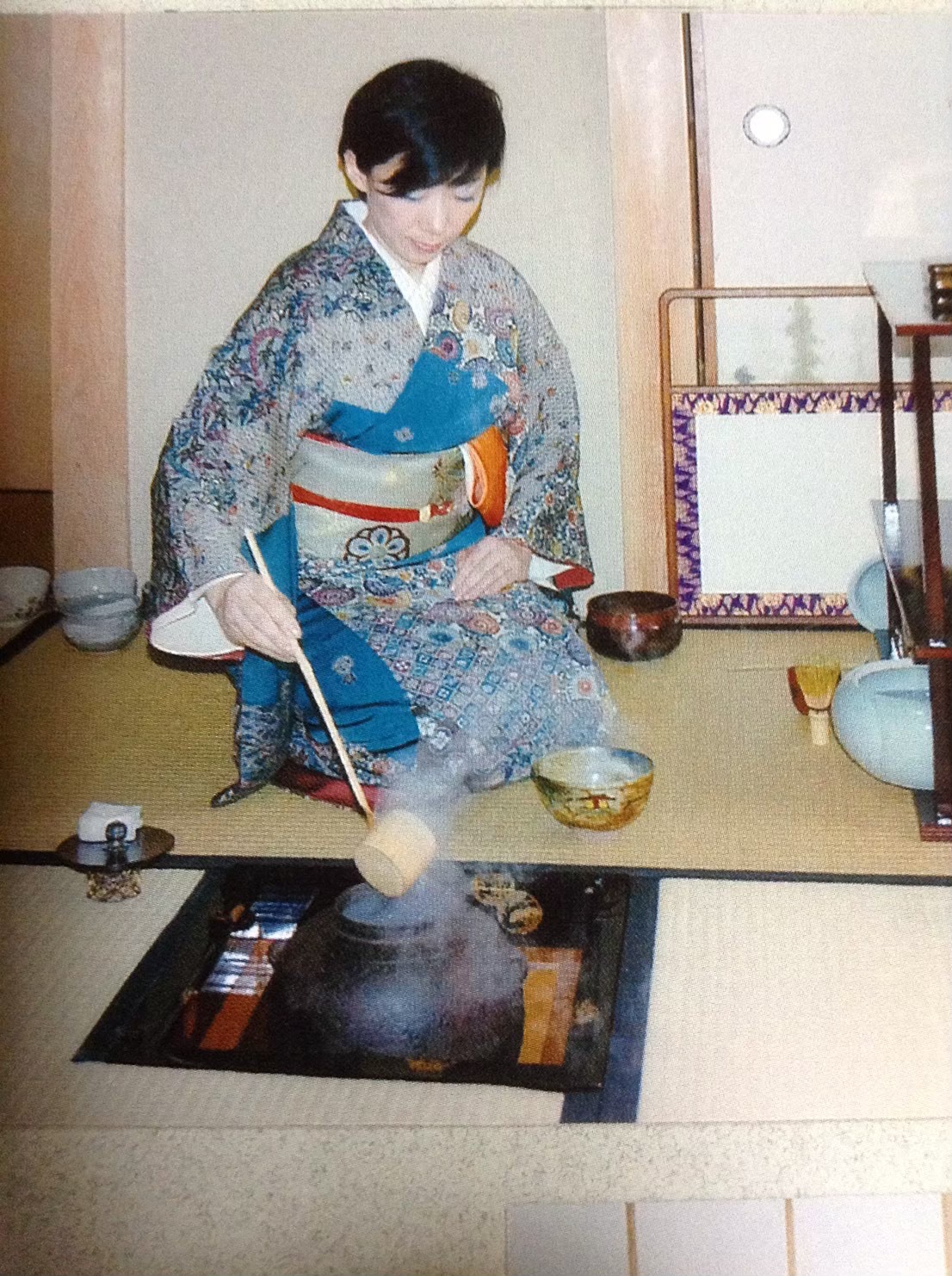 The Japanese tea ceremony is called Chanoyu, Sado, or simply Ocha. It is a choreographed ritual of preparation and the serving of a type of Japanese green tea called matcha, along with traditional sweets to balance the bitter taste of the tea. Preparing tea at this ceremony means paying full attention to the predefined movements. This event is not only about drinking tea, but about enhancing aesthetics, preparing a bowl of tea with your heart. The host of the ceremony always considers the guests with every movement and gesture. Even the location of tea utensils is considered from the point of view (angle) of the guests. You could say it is the embodiment of perfect hospitality.

Tea was introduced to Japan in the ninth century by a Buddhist monk named Eichū on his return from China, where tea had been in general use for centuries. Eichū served the new beverage to the Emperor shortly after, and he ordered the people to start growing tea in Japan. It would be another three centuries before tea ceremonies became a spiritual ritual. Initially, tencha, a type of matcha tea, was consumed in religious services in Buddhist monasteries.

It was only around the Edo period (1603-1868) when custom took the highly protocolled form that it has today. Feudal lords, wealthy merchants, and writers competed to perform the most luxurious and sophisticated tea ceremonies. While some enthusiasts preferred tableware and tea rooms, striking and very refined, the prevailing sensitivity gradually began to favor simplicity and even harsh aesthetic, by which much of Japanese art is now known.

The goal of the Japanese tea ceremony is to create relaxed communication between the host and his guests. It includes intimate connections with architecture, landscape gardening, unique tea utensils, paintings, floral arrangements, ceramics, calligraphy, Zen Buddhism, and all other elements that coexist in harmonic relationship with the ceremony. The goal is to achieve spiritual satisfaction through tea drinking and silent contemplation. On a different level, a Japanese tea ceremony is simply a form of entertainment where guests usually have tea in a relaxing environment. The bond between the host and the guests become stronger during the ceremony in which the host himself prepares and serves the tea.

“What is ‘the way of tea’ or a ‘tea ceremony’?” When I was asked this question by foreign people, I’d always answer with one word: ART. I came to this conclusion from my 15 years of experience with tea ceremony lessons. There are many ways to express the spirit of the way of tea, but I think the most important essence could be expressed in three words.

I mean, ART is an abbreviation of three concepts: Appreciation, Respect others, Treasure the moment. When a tea bowl is presented in front of you, you’re supposed to take the bowl on your left palm and raise it slightly and bow at the same time. It shows your “Appreciation” toward everything that surrounds you. Then, you turn the bowl clockwise twice to avoid drinking from the front of the bowl. It shows your respect for the tea bowl and the host.

Furthermore, when having tea before someone, you’re supposed to bow to the person. It also means “Respect others”. The last part is the most important spirit and I think it is also connected with the Zen spirit. During the tea ceremony, just focus on the present and enjoy the moment; that leads to “Treasure the moment”. What a wonderful culture! I believe this spirit of “ART” or the way of tea could lead to realizing the peaceful world and people’s true happiness.

It was in the 14th century that Ikebana arose in Japan when people started arranging the f...
">

While most foreigners know about kimono, another traditional Japanese garment called hakam...
">

A Zen Experience in Kyoto

There is a Zen temple called Koshoji, located near Kuramaguchi Station, which is not a typ...
">

One of the Japanese forms of visual arts that have been famous in the Western world has be...